Everyone understands how important an accurate credit report is. Even though we know this, and the Fair Credit Reporting Act or FCRA was founded to ensure accuracy, there are still an unfortunate amount of errors in the credit reporting system. The system may very well be broken.

This article will explore some past studies that point out the problems the credit reporting industry has not corrected. You will also see why the laws need to be changed to further force large corporations to understand the human effect inaccurate credit reporting causes to consumers.

Several studies have highlighted the error rates of credit reports for Americans. An online survey from Zogby Interactive showed that 37% of consumers who ordered a credit report found some error within the report when they looked at it. Even worse, half of those people reported problems having the reports corrected when they tried themselves without a credit report dispute attorney.

Another study about the state of the credit reporting system, this one from the Consumer Federation of America and National Credit Reporting Association, found there to be several common errors in credit reports.

A sign of how much of a problem this is comes to us in the fact that 29% of credit files had differences of 50 points or more between the highest and lowest scores from the three credit bureaus like Equifax, Experian and Trans Union.

Some of the common types of credit errors, mixed credit files or mixed-up files, and wrong information about your account.

Also, one of the biggest and most well-known is identity theft accounts.

Studies discovered that 25% of credit reports had errors or mistakes that were significant enough and big enough to cause people to be denied credit. That's on the extreme end.

Think of how many people never were denied credit but got a higher interest rate.

Did you know that one bank alone can make well over $50,000 more in profit off of your mortgage if you have an error on your credit report AND at the exact same time, they are the ones paying the credit reporting agencies tons of money?

Can you now see why the system is broken?

Even the trade associations for the national credit bureaus (and their best friend) – the Consumer Data Industry Association (CDIA) – shamefully admitted that, of 57.4 million consumers who ordered their own credit reports, 12.5 million of them (21.8%) filed disputes over the credit errors and mistakes they found when they dug into it. That's a huge amount of people, and such a small number of the people that actually look at their reports.

The Federal Trade Commission or FTC is performing a comprehensive study of errors found in credit reports with the help of a consultant who will help participants in the study to order and review their own personal credit reports.

During the pilot phase of this credit accuracy study, 16 of 30 participants (53%) discovered an error in their personal credit reports the first time. 16% of consumers found credit report errors that would have led to a material effect on their credit score (3 out of 30), while 2 of 30 participants found errors that would have an uncertain effect on their score. That's crazy.

However, this statistic was achieved by counting as inaccurate only the credit reports where the consumer fulfilled all four of these criteria; 1) they were denied credit; 2) they requested a copy of their credit report; 3) they filed a dispute over the report; and 4) their dispute led to a reversal of the decision their credit request was denied.

This means the study does not account for inaccuracies in the reports of consumers who didn’t apply for credit or were denied it, didn’t file a dispute about their report, or who didn’t have the decision to deny them credit reversed.

There are several reasons that this could mean a significant number of consumers were discounted, including the fact that some lenders don’t deny credit, instead choosing to charge more to consumers with impaired credit reports.

There are also many consumers who don’t file disputes over their credit report even though they know that there is a blatant error on the report. Many consumers that have credit reports with errors in them don’t even send disputes due to the barriers in their way, including a lack of time and resources to do so, educational barriers, and not understanding their rights to do so.

See one our new helpful guides on how to dispute errors with Equifax and another great article from the blog called Why you should never dispute credit errors online.

For the FTC study mentioned earlier, only one consumer who definitely had a significant error in their credit report successfully managed to dispute it, even though they had an assistant from the FTC helping them. Another consumer filed an online dispute and never heard back from the credit bureau.

The third consumer explained they didn’t want to file a dispute because they were a single mother taking care of twins who just didn’t have the time to do so. The consultant for the FTC said that they expected participants would be motivated to have any errors in the report corrected as soon as possible, but that this didn’t happen.

If there ever was a time for them to need a credit report lawyer or identity theft lawyer was now.

Even with the low estimate of a 3% serious error rate, there are well over 200 million consumers in the U.S with a credit report on record with a credit bureau. That's crazy.

That’s still 6 million Americans with incorrect credit reports that are pulling down the economy and their personal economy. The FCRA was set up with the primary purpose of giving these consumers the right and ability to have errors in their credit report investigated and then fixed.

That's exactly what we do to help consumers. If you need our help to address a situation like this, don't hesitate to call us or complete the form below right now.

Consumer Attorney that fights big businesses on your behalf.
Started his career in international human rights before eventually finding his true calling in consumer protection law. He is a husband and trial lawyer. Most of his work involves credit reporting errors, robocalls, and identity theft. His law practice is in the Atlanta/Decatur area. 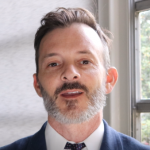