The state of Connecticut has one of the best Fair Credit Reporting Act!

The legislature in Connecticut deserves a round of applause for being on the cutting edge of protecting rights in the arena of credit reporting.

Connecticut's addition to the Fair Credit Reporting Act mainly focuses on the relationship between employees and employers.

In almost all states, a company that is in the process of hiring or considering the application of an applicant has a right to look at your credit report. This even applies periodically during the employment of the employee if a promotion is a potential.

Other states have provided some protection to those who have criminal arrest and indictment on their credit report.

Other states have said that arrest can only remain on a credit report for 7 years certain exceptions if there was no conviction and parole. In the state of New York this does not apply if the person is applying in the financial sector or for a job of $20,000 or more.

I bring this up because Connecticut has decided that employers are completely prohibited from looking at credit reports entirely.

That means there is no need for a seven-year window. That means there are no need for exceptions if you have a job over a certain dollar amount or if you are working in the financial industry. For the state of Connecticut, no arrests will ever be seen during the employment process.

Addition to these state laws, people in Connecticut also have the normal protection under the Fair Credit Reporting Act.

This law requires the businesses that are credit reporting and the credit reporting agency to investigate. If so, the information they are reporting is inaccurate and have suffered damages, you are entitled to monetary and potentially punitive damages under the law.

If you feel that your rights have been violated under the Fair Credit Reporting Act, reach out today. 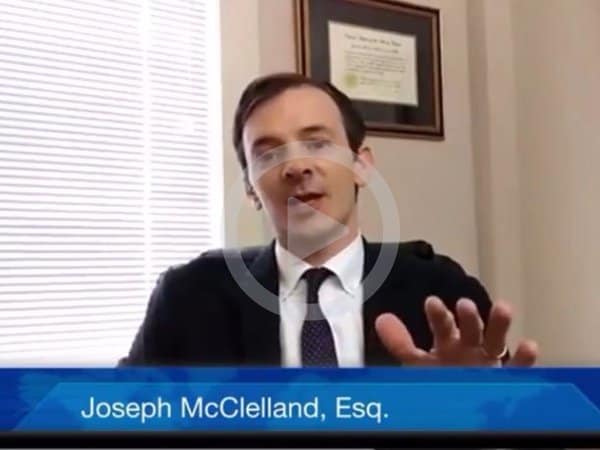 Licensed in New York and Georgia. In all other states we will use local counsel. The information on this website is for general information purposes only. Nothing on this site should be taken as legal advice for any individual case or situation.  This information is not intended to create, and viewing does not constitute, an attorney-client relationship. Copyright 2018 Joseph P. McClelland, LLC all rights reserved.

We Are Safely Open: Working Remotely and Virtually